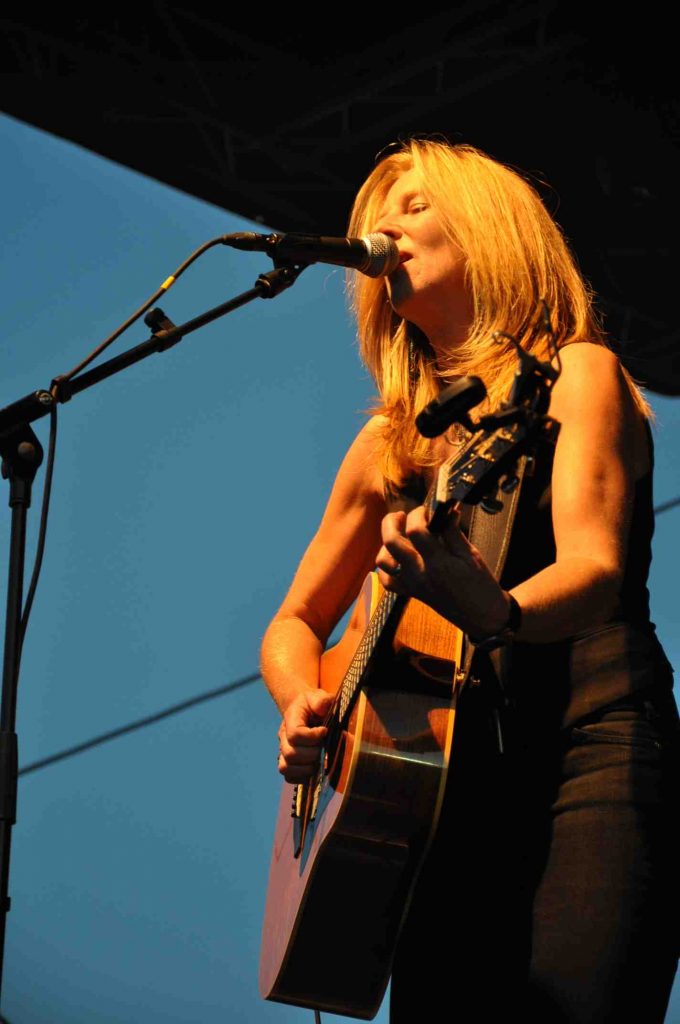 Angie was born in Lancaster, England. But her ealy lfe was always on the move. Never settling in one place for more than a year or two, Angie lived in over a dozen different towns. This rootless lifestyle meant her education was regularly disrupted and friendships didn’t last long; the only constant thing in her life was music. At sixteen she enrolled at Art College,  but after a year she decided it wasn’t what she wanted to do and left England for Europe to see if she could make a living playing music.

By living in cheap hotels for a year she managed to afford an old Mercedes van, which she converted into a living space with a bed and a small stove. After two years of busking around Europe in her van she ended up shuttling between Paris and Geneva before her mobile home finally gave up the ghost and she settled in Paris. For the next seven years she made a living playing cafe terraces, cinema queues and the Metro. Whilst living in a Paris commune on the Rue Nesle and mixing with some “strange and interesting people; writers, artists, and old ‘68 revolutionaries,” she met her current partner, Paul Mason, a lecturer in philosophy from Manchester Metropolitan University, in a cafe on the Place de Bastille. Nine years after leaving England Angie returned to the U.K. and  based in herself around Manchester. From here comes here most prolific songwrting period. With Paul Mason writing lyrics they produced four albums.