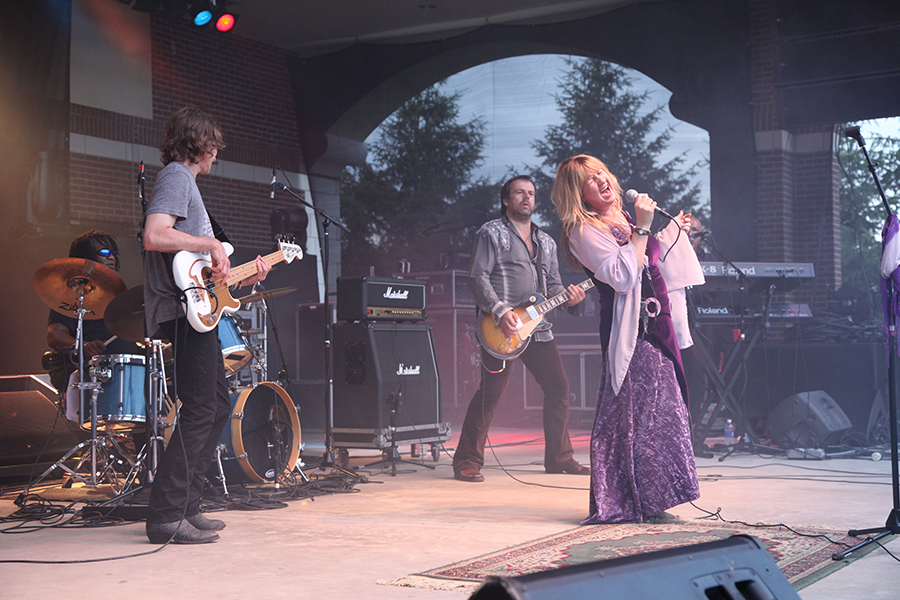 ‘Wow is all I got to say after that, and boy can Deborah Bonham sing’
Johnnie Walker BBC Radio 2

Over the course of an impressive career, Deborah Bonham has established herself as one of the finest blues, rock and soul singers the UK has produced. A string of critically acclaimed original album releases, captivating standing ovation concert performances at the Royal Albert Hall, London Palladium and on the USA Stars Align Tour with Paul Rodgers, Jeff Beck and Heart’s Ann Wilson, have continually followed her while also garnering rave reviews. “Strong voiced, personable and quite the rock & roll singer. This woman, Deborah Bonham (the sister of the late Led Zeppelin drummer) earned a standing ovation at the end of her set, clearly a welcome addition to the tour.”  (Stars Align Tour, Holmdel, New Jersey) – Elmore Magazine

Belfast born guitarist Peter Bullick, lauded by the press for his passionate and exceptional playing, paid his dues playing clubs and theatres across the UK and Europe for many years. The constant touring allowed Peter to develop his own style while holding dear guitarist Rory Gallagher and others who were a big influence on his playing. Of all the guitarists that influenced Peter it was Paul Kossoff with whom he connected with the most. Years later Pete’s playing would not go unnoticed by none other than Paul Rodgers who selected Pete and the rest of Deborah’s band to back him on his Free Spirit concerts and tours of the UK and USA. “Guitarist Peter Bullick constantly showed why Paul Rodgers touted him as a replacement for Kossoff should Free ever reform. His bluesy but always economic fills and solos lit up the stage.” – Tight But Loose

Deborah and Peter along with their powerful soul infused band (featuring players who have themselves played and recorded with Paul Rodgers, Robert Plant, Steve Marriott, Freddie Mercury, Rory Gallagher) and special guests have recorded a new blues/rock inspired album named BONHAM-BULLICK. The Bonham-Bullick album is a departure for Deborah and Peter as the album is a song book of interpretations of some great and obscure songs spanning 7 decades. The Bonham-Bullick album takes you on a journey with songs from O.V. Wright, Johnnie Taylor, Ann Peebles, Bernard Fowler, Mark Lanegan and others. Deborah and Peter throughout the recording process of the album have shown a deep respect for the original songs while reaching deep into their hearts and souls to make each song an exciting new adventure for the listener. The Bonham-Bullick album is scheduled for release Spring 2022 on USA label Quarto Valley Records (QVR).

Bonham-Bullick will be out on the road soon promoting the new album. If you have seen the band perform, you know what all the talk is about. If you have not, be on the lookout for BONHAM-BULLICK in 2022, you’ll be blown away. “Deborah Bonham -The best female vocalist and tightest band we should have been hearing for the last 20 years —An arena- worthy show in a (New York) club!” Carol Miller Q104.3 – Get the Led Out

LISTEN TO HER HERE:  https://youtu.be/KaVYd3NTGrQ