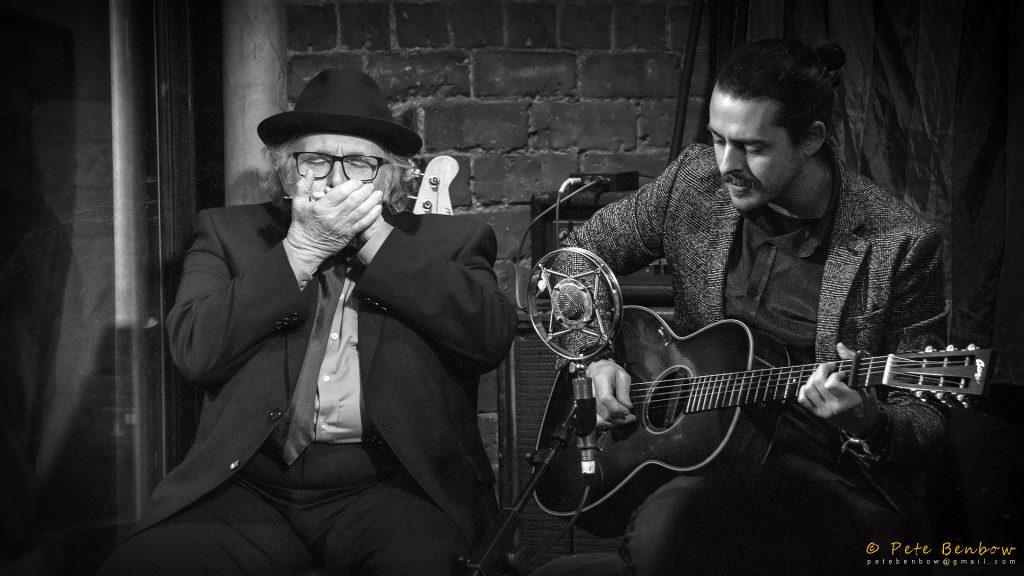 ‘Kelvin Davies already has an amazing portfolio of work behind him including several plays on the BBC Radio 2 Cerys Matthews Blues Show. The great guitar work and singing of this young country blues artist brings songs of the 20’s and 30’s to life, as well as an increasing selection of self penned numbers. Kelvin draws his inspiration deep from the past, from blues pioneers such as Mississippi John Hurt, Charley Patton, Blind Blake, Reverend Gary Davis and more, as well as being inspired from later folk musicians, the likes of John Martyn, Jackson C Frank and Bob Dylan. Since the start of his acoustic blues musical quest in late 2017, Kelvin has played at some fantastic venues, such as the 100 club, Cambridge Junction, Dingwalls, The Bedford, as well as various folk and blues clubs and festivals throughout the UK. During these times he has put on incredible shows alongside the likes of Catfish Keith, Danny Bryant and Hannah Sanders & Ben Savage, to name a few. Rarely far from his side is veteran harmonica player Gary Jones, whose soulful, understated presence never fails to add an extra layer of sweetness to Kelvin’s overall wonderful, charismatic sound.’Facebook