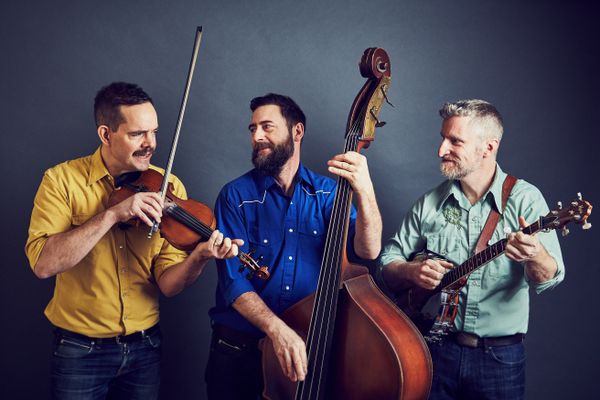 The Lonesome Ace Stringband is an old-time band with bluegrass chops that play some riotous folk and country music. There’s a depth of groove and sense of space not often heard in bluegrass today, a level of instrumental interplay and vocal blend uncommon in old-time, and an on-stage rapport that transcends all of this.

Instrumentation alone instantly sets LAS’s sound apart: consisting of just fiddle, clawhammer banjo, and upright bass, the band moves freely between having a sound so powerful that it doesn’t seem like it should be coming from a trio, to a sparseness and fragility that draws the listener in and refreshes the ear. All three are compelling lead singers, each with his own character and range. This allows for the vocal texture to shift depending on how the song needs to feel – and what the song has to say. When those voices come together the power of the harmonies is unshakable. It’s clear to anyone who’s heard LAS that they just don’t sound like any other band.